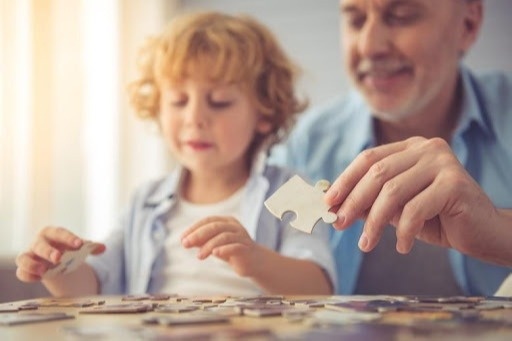 When thinking about the legacy they want to leave behind, most people plan to bequeath all their assets to loved ones—but not until they themselves are gone. There is, however, another option, which is to start gradually giving away your assets during your lifetime.

It’s known as ‘giving while living,’ and although it’s less commonly used, it’s a strategy that offers many advantages. Perhaps the most practical is that it gives benefactors the ability to exert control over how their assets are used.

There are intangible benefits, too. Benefactors who choose to give while living discover that it gives them an opportunity to share their long-term vision with heirs, and to witness how their heirs handle the assets. Beneficiaries, meanwhile, can learn to manage the wealth and become comfortable with an inheritance while consulting with their benefactors, putting everyone in a better position to preserve family wealth for the future.

Charitable giving during one’s lifetime also decreases the size of the estate to be passed on, which faces a 40 percent federal estate tax if valued above a certain amount—the limit for 2017 is set at $5.49 million.

“I honestly believe you get more personal benefit from giving during your lifetime, if you can do it,” says Catherine Walker, senior trust consultant at RBC Wealth Management-U.S. in Wilmington, Del. “When you approach transferring your wealth in this way, you can see the benefit and the happiness it brings.”

With an estimated $3.2 trillion expected to be passed down to inheritors in the U.S. over the next generation, the question of how and when to transfer assets is one that many families will have to grapple with.

According to our 2017 Wealth Transfer Report, produced in partnership with research firm Scorpio, more than half (61 percent) of Americans surveyed say they intend to transfer all their assets upon death.

Only a quarter (25 percent) said they plan to gradually transfer their wealth during their lifetime, compared with 30 percent in Canada and 35 percent in the UK.

There are a number of barriers, one of which is simply failing to take action. “People think about it, but pulling that trigger is really tough,” says Walker. “If they do, it’s often for a specific reason, such as establishing a 529 plan for a grandchild’s education, or making a $30,000 gift for a house downpayment.”

As much as parents want to leave a legacy, they’re also concerned about their own quality of life. The report found that 30 percent of Americans who plan to pass along their wealth only upon death intend to do so because they want to maintain their lifestyle. And nearly one-quarter feel that their funds are not sufficient to justify shrinking their nest egg now.

Don’t have an RBC advisor and wish to find one? Let us match you with one.

“For many retirees, it’s a cash flow concern,” says Bill Ringham, vice president and senior wealth strategist at RBC Wealth Management-U.S. “Before we encourage anyone to do lifetime gifting, we want to make sure their retirement goals and objectives can be met.”

A good starting point for any ‘giving while living’ strategy, says Ringham, is to gift a small portion of your wealth to a loved one or charity now. Individuals in the U.S. can give up to $14,000 annually—$28,000 for married couples—to an unlimited number of beneficiaries without incurring taxes. Those who choose to give above the annual exclusion amount may use some of their lifetime federal gift tax exclusion amount. However, if gifts exceed the lifetime exclusion, then the federal gift tax would be imposed at a current rate of 40 percent.

Some lifetime gifts—charitable giving, and direct educational and medical expenses—are exempt from annual gift and estate taxes, and there is no limit to how many such gifts you can make. Payment of a grandchild’s tuition directly to a college or writing a check to a hospital for surgery are just a few examples.

For those who want to make a large charitable gift or ensure long-term family involvement, establishing a private foundation may be an appropriate way to ‘give while living.’ Alternately, a donor advised fund is a simple way to donate smaller amounts through a parent nonprofit organization, which handles administration and investment management.

Charitable giving, however, isn’t the only way to pass on one’s assets while living.

Parents of young children have the option of transferring money to a custodial account, which is owned by the child but essentially governed by the parents until the child comes of age, says Ringham. That age differs by state, but typically ranges between 18 and 21.

“With this approach, you’re giving when your beneficiaries are more likely to need the help,” says Malia Haskins, an RBC Wealth Management-U.S. wealth strategies consultant. “Your young children or their kids might need help with funding education or buying a home.”

A common strategy for parents is the creation of a revocable trust to hold their assets while they’re alive. A revocable trust, also known as a living trust, enables benefactors to retain full control; it can include instructions to beneficiaries, and it can name a trustee in case the benefactor becomes incapacitated. Since the trust is revocable, benefactors can update it any time. Once they pass on, the trust becomes irrevocable, at which point it cannot be changed.

Parents can also place their holdings into trusts to gain more control over how their assets are used during their lifetime. Trusts offer many options that enable benefactors to establish the timing and methods of distribution.

An irrevocable trust can also be created during one’s lifetime to transfer wealth out of an estate and to minimize estate taxes. In this strategy, a benefactor would make gifts to the trust instead of outright to beneficiaries. This strategy preserves wealth by enabling benefactors to freeze the value of appreciating assets in their estate and shift appreciation on those assets to inheritors to minimize estate taxes at their death. Distributions from the trust to beneficiaries can be made incrementally or as a lump sum depending on the wishes of the grantor.

A family limited liability company (FLLC) is another way to give to your children while you are still living. Parents can maintain governance by retaining the controlling interests in the FLLC while gifting interests that represent equity to their children.

By making lifetime gifts, parents—and benefactors in general—get a sense of how their beneficiaries will steward their wealth. Based on what they learn, they can then make adjustments to their wealth transfer plans, Ringham says.

Despite the considerable value of family wealth expected to transfer over the next few decades, our Wealth Transfer Report reveals that many heirs receive little information and support before, during and after the inheritance process. In fact, only 37 percent of American inheritors had conversations with their benefactors about their inheritance before receiving the assets.

A ‘giving while living’ strategy is really a gift of time—it offers you, the benefactor, time to explain your intentions, to educate your children on managing the assets, and to answer any questions that may arise in the process. By giving while living, you’ll likely have years to resolve questions and further educate your beneficiaries on how to steward your wealth for the future.

Our report found that it makes a big difference to heirs if they have a better understanding of what they’re inheriting, how the family prefers to manage its finances, and how their benefactor intended for that inheritance to be used. One in five people who have inherited before say having someone to answer questions was invaluable, as was help with paperwork and decision-making about the inherited assets.

“It’s important to get comfortable with the idea of inheriting,” says Haskins. “Prepared beneficiaries are in a much better position to be good stewards of the money they inherit.”