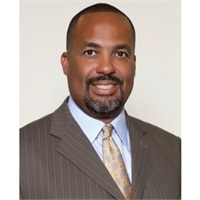 For nearly 30 years, Jaron P. Hamlett, Sr. (J.P.) has been a successful entrepreneur and business owner.

After receiving a bachelor’s degree in Public Administration from California State University, Chico in 1981, J.P. started his career in banking. After a year of banking, he soon realized the importance of “being your own boss”, and subsequently left Corporate America to launch an entrepreneurial career and pursue the Real Estate industry.

Mr. Hamlett was part of the founding committee, which started the USC Minority Real Estate Development Program in the early 90’s. He is also one of the founding board members of the National Black Business Council and founder and past president of MENTOR Network, instituted in 1987, a marketing, and business development organization aimed at assisting minority business owners. As president of the organization, J.P. created and managed small business workshops, luncheons, conferences, and award programs sponsored by major corporations.

In 2002, J.P. became a Nationally Recognized Top Producer, as an independent contractor with AFLAC (American Families Life Assurance Corporation), providing insurance benefits to individuals, families, non-profits, government agencies and small to mid-size companies. As an AFLAC representative, he has received many awards including four Amos Awards (AFLAC’s most prestigious award for production named after the company's founders), National Rookie of the Year and Pacific Territory top producer award for four consecutive years. Since 2002, J.P. has generated over $10 million in annual premiums for AFLAC.

In recent years, J.P. has expanded his Agency by adding nearly 20 additional agents with an in-house staff of 8, to support growth and success in the Retirement Planning field. Since 2012 J.P. has reached the President’s and Platinum club levels with several nationally recognized Premier Retirement Planning and Insurance Carriers.

J.P. recently joined the illustrious YWCA of Greater Los Angeles as a board member.

J.P. enjoys cycling, yachting, cooking, working out, swimming, jazz and traveling. He is married with one son and one grandson.